Why invest in Croatia? 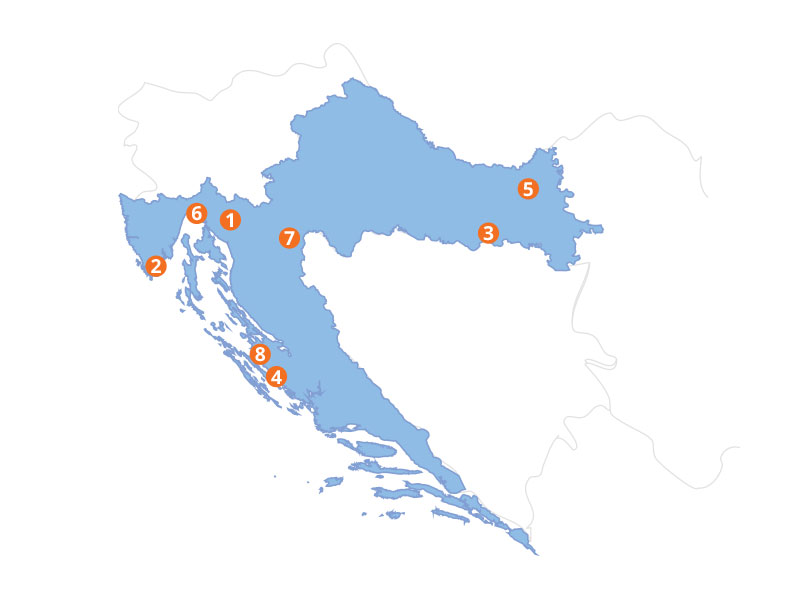 1. The Benefits of Doing Business from an EU Country

Foreign investors who set up businesses in Croatia have equal access as domestic companies to compete for those funds. Unlike in many countries, foreign investors can hold up to 100% interest in the shares of a Croatian company, with a few exceptions. There is no obligation to declare, except for the acquisition of public joint-stock companies.

2. The Workforce is Talented, Affordable, and Multilingual

Finally, Croatia’s population is innovative: the tie, the ballpoint pen, the parachute, the tungsten light bulb, the torpedo, the azithromycin antibiotic, the electronic speedometer, dactyloscopy (fingerprinting), the MP3 player, and the world’s fastest electric car (Rimac Automobili), to name a few, were all created by Croatians.

3. All of Europe is Accessible within Three Hours or Less

Croatia is the gateway to 500 million consumers living in Europe. International airports in cities such as Zagreb, Split, and Dubrovnik have experienced significant increases in activity in recent years, and all of Europe
is reachable in three hours or less.
Croatia’s geo-strategic location in Central and South East Europe, on the border between the east and west, as well as its location on the Adriatic Sea, and especially its ports, make it highly appealing to the business market.

Business shipping and logistics require easy-to-navigate highways and transportation channels, and Croatia is proud of its infrastructure. Its highways are modern and effective, and its six primary seaports are ready
to accept and send off global cargo shipments. Additionally, its nine international airports connect the country to the entire world.
All this facilitates connections with other European cities and will continue to invest in its transportation, telecommunications, and energy infrastructure.

A country’s tax structure often factors into a business decision to invest there or not. With up to 0% profit tax up to 10 years in designated free trade zones, no customs for all EU member states, double taxation avoidance
agreements with 55 countries and cash incentives of up to €9,000 for each new job created, Croatia’s tax incentives are appealing to global businesses.

Croatia is serious about investing in tourism: it expects that €7 billion will be invested in hotel construction and renovation, convention centers, campsites, nautical tourism harbors, and theme parks by 2020. Tourism accounts for
12.5% of Croatia’s GDP (in comparison to 2.7% of Australia’s GDP), which indicates that tourism is one of the most lucrative Croatian industries to invest in.